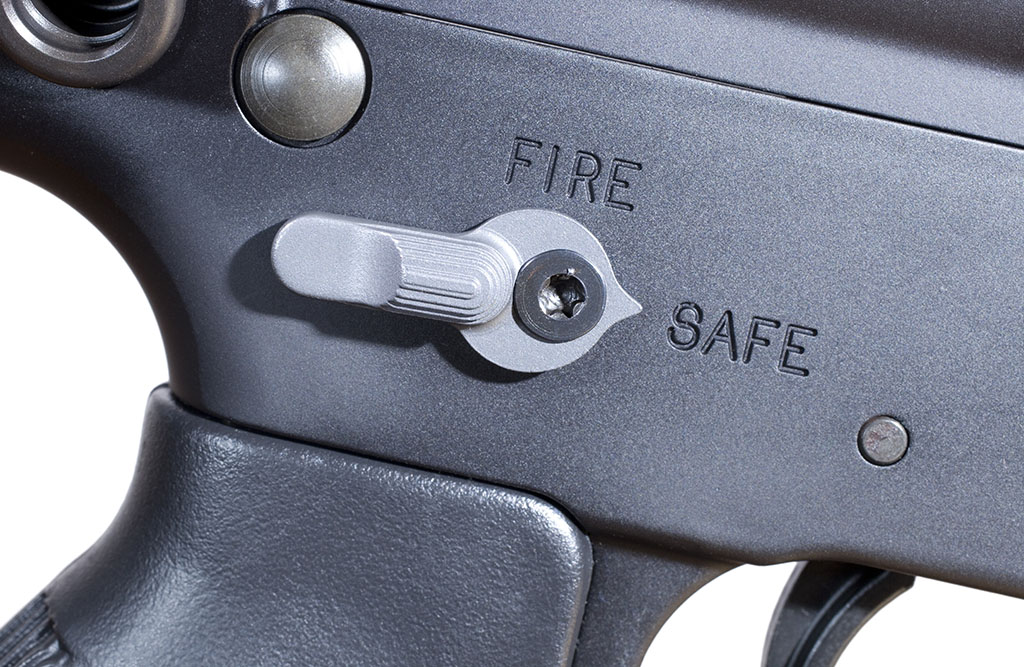 What are the Rules of Gun Safety?

The Rules of Gun Safety are to treat every single gun as if it was loaded, keep your finger off the trigger until you want to shoot your gun, never aim your gun at anyone or anything you are not willing to kill or destroy, and be mindful of your target and anything or anyone who is behind it.

The Big 4 Rules of Gun Safety

Guns are an ever-controversial topic. They are powerful tools of attack and defense. They are what can keep you and your family safe from harm. At the same time, guns are as dangerous as the person handling them.

No matter who you are, your level of expertise, or where you are, there are four rules of gun safety everyone must follow. This cannot be stressed enough: everyone must follow all four rules of gun safety.
These four rules were created to keep everyone safe, unharmed, and alive whenever guns are involved. They are enforced everywhere, and rightly so.
When following all four rules, guns aren’t dangerous. It is our right to bear arms. It is also our duty to do so responsibly.

Why are the 4 Rules of Gun Safety Important?

The four rules of gun safety are what separate appropriate gun behavior and a possible life-ending tragedy. As previously stated, guns are powerful tools – and they both deserve and must be treated with respect.
These four rules were created with two objectives in mind:
First, they keep everyone safe. As long as you and anyone you know follow these four rules, there will be no issues when it comes to shooting guns.
Second, they teach any gun user how to use guns responsibly in an easy-to-remember way. These four rules are almost intuitive to any man or woman who wants to shoot guns. Because of that, they ensure that everyone keeps them in mind at all times when guns are involved.

Should you Always Follow the Rules of Gun Safety?

Absolutely. No matter who you are or where you are, you must always follow these rules. Even if you are alone. Sometimes, you might think you are shooting solo when you are not. And lone shooters should also mind these four rules, as they keep the gun user himself safe as well as those around him.
Irresponsible people might think these four rules are merely suggestions, and as their expertise level increases, they can decide whether they can follow the four rules or not. This is a beginner’s mindset. And a dangerous one.
An expert gun owner not only knows how to properly use, carry, and maintain weapons but also respects them greatly. Always try to be like an expert gun owner, no matter how long you’ve been shooting guns.

What Happens when you don’t follow the Rules of Gun Safety?

Tragedies happen, plain and simple. People get hurt or die. Things get destroyed. Families are forever marked when a loved one died all-too-soon because one person decided they were smarter than safety precautions when they weren’t – because nobody is.
These four rules are not hard to follow. There is no reason and no valid excuse to forget about them. There’s nothing in the world that should stop you from following the four rules of gun safety. If you feel like you can disregard the rules, you should stay away from guns altogether.

An in-depth description of the four rules of gun safety 1. Treat every single gun as if it were loaded.

In your mind, all guns are loaded. It doesn’t matter if you just took all bullets from your .38 by hand and counted them twice after you placed them on the table. Guns are always loaded.
Of course, a .9mm won’t shoot bullets out of thin air if the magazine is out, the chamber is empty, and the slide is held open. But this rule is about creating healthy gun-related habits.
If you always treat guns as they are loaded, you will always be mindful of them. Often, guns will be kept unloaded. If you make a habit out of toying with them, you might do so without thinking when you are holding a loaded gun in your hand. That’s when tragedies happen.
You should also keep in mind someone might load a gun when you are not looking. It won’t be out of malice but perhaps out of a difference between how two people living in the same house treat the weapon. Imagine a husband and wife, the husband keeps the gun unloaded and likes to practice dry firing, but the wife likes to keep it loaded and ready to use. That’s when tragedies happen as well. 2. Keep your finger off the trigger until you want to shoot your gun.

The trigger is ergonomically positioned to be close to your finger. If you decide to disregard this rule and rest your index finger on top of your trigger, you are waiting for an accident to happen.
An involuntary twitch, a sudden reaction, or something similar can cause a catastrophe. But keeping your finger along the frame of your gun and not on the trigger – that’s what keeps you away from seriously hurting someone.
You might also be used to your gun’s trigger sensitivity. If you grab another gun, the trigger might be more sensitive than what you are used to. And without you knowing, the gun goes off.
Even professional, fully-trained law enforcement officers have been involved in accidents because they kept their fingers on the trigger when they shouldn’t have. 3. Never aim your gun at anyone or anything you are not willing to kill or destroy.

When you are at a gun range, this is fairly straightforward. You only have one direction where you should be aiming your gun. But when you are anywhere else, that’s when this rule becomes even more important.
The third rule of gun safety is about minimizing damage in case of an accidental discharge. If your gun goes off without you knowing, this rule is what keeps you safe from harming someone or destroying something valuable.
Of course, this is also important because there are people who think it’s funny to point their gun at things or people as a joke or in a playful manner. This should be avoided at all times. 4. Be mindful of your target and anything or anyone who is behind it.

Unlike all three previous rules, the fourth rule should be kept in mind when you are about to shoot at someone or something.
Even if you are using a low caliber weapon, you should always imagine the bullet will hit the target and go right through it – possibly damaging anyone or anything behind it.
It’s always best to shoot at stationary targets that have nothing behind them. Whether you are at the range or hunting.

Other Gun Safety Rules to be Mindful of

Never leave a gun unattended: No matter who you are or where you are at, leaving a gun unattended is a bad idea. Leaving a loaded gun unattended is the worst idea you can have. You might go to the bathroom for a minute and a child might cross paths with it. Someone might steal it. You never know – and if you cannot possibly know, it’s best not to leave it up to chance.
Never shoot at a flat surface: This should be thought of as an extension of rule number three. Shooting a flat surface can often lead to a bullet ricocheting and hitting something you weren’t expecting to hit. Keep that in mind at all times.

Never mix guns with drugs or alcohol: Hunter S. Thompson was a great writer and journalist, but he wasn’t a good example of a gun owner. Mixing any sort of drug with guns can only lead to a disaster. You should always be at your best mental capacity when you are handling any sort of weaponry.

As long as you follow the rules, you will stay safe whenever you are using guns. And that’s the important thing about this: to stay safe. So, with that being said, stay safe and happy shooting!

Shooting Straight: How to Bond With Your Kids Through Archery

Shooting Straight: How to Bond With Your Kids...